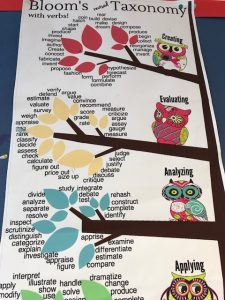 On Monday 27th November 2017 I went to talk to some student social workers about the law around care proceedings  – how important it was for them to understand what the law demands. Without that understanding, social workers cannot analyse their cases effectively and they may not appreciate what kind of evidence they need to present to the court.

I have often wondered if it is lack of proper understanding of the burden and standard of proof which explains why so many care cases go off the rails. I spoke to the students for about an hour, largely exploring areas I discuss in this post about the importance of the rule of law and this post about achieving best evidence in Children Act cases.

“Whats the point in doing the job?”

But – for me at least – the most interesting part of the day was the discussion that followed afterwards. We spoke about the importance of discussion between the different professions to enable us to understand the parameters and limits of our different roles.

I spoke about how social media was still on balance a very positive force in my life as it had enabled me to meet and talk to people I would otherwise never have met. It also allows information to be widely shared.

I asked the students what their perception now was of the role of social worker. The answer was immediate and very sad:

We started the year excited but the constant social work bashing makes us think ‘what’s the point… there is no one who talks about us doing a ‘cracking job’.

The students explained that they were receiving negative messages from all sides – from the parents who visited the college to speak and even from representatives of their own profession.

Of particular note to the students was the way the profession was portrayed by Social Work Tutor. The students confirmed that the discussion on the Facebook groups could be really helpful but they were rightly wary and quite shocked by some of the discussion which involved revealing identifying details about families or encouraging a mocking attitude towards them.

This was a very timely discussion for me – only the previous evening I had engaged in lengthy discussion with a number of others on Twitter about our concerns about Social Work Tutor – which have been fairly and comprehensively assessed on Pink Tape here.

For those who haven’t been following the debate, there have been long standing concerns raised by many that Social Work Tutor promotes a message about the profession that is fundamentally unhelpful and really quite damaging – disseminating a view of social work as a dangerous and draining profession where parents are to be either feared or laughed at.

The alternative view is that SWT has provided a useful forum via his Facebook groups that allow aspiring social workers to exchange ideas and resources and that is reliance on humourous ‘memes’ was just typical officer worker banter.

The students were unanimous in their condemnation of use of ‘banter’ as a shield to poke fun at parents, pointing out that to the recipient of ‘banter’ it usually feels like abuse. There is a fine line between banter and bullying.

The students were also very concerned about the frequent use of memes to underscore just what a horrible job social work is – this was a very demoralising message for the students to receive. They also questioned why there couldn’t be more of a positive message about what social workers aspired to do, other than the ‘social worker as super hero’ message. The students recognised this as inherently unhelpful – not merely enforcing dividing lines between them and parents but as simply unrealistic in a culture of austerity and reduced resources.

This led to an interesting discussion about how difficult it is for the social work profession to celebrate their positive achievements, owing to various laws which prohibit dissemination of information about care cases. The recent Tower Hamlets Muslim foster carer row being one of the worst examples of this.

This was an interesting afternoon but also sad. What can we do to stop the initial excitement of these students draining away in the face of persistent negative messages about their profession? Social work is an essential profession in any civilised society and it is very sobering to think that the students did not feel they could be proud of wanting to be a part of this.

My only answer is that we continue to have honest, open conversations and we keep the bantering memes to a minimum.