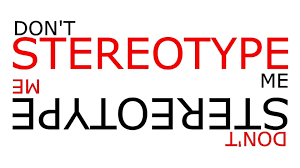 I am grateful for this guest post from a parent who wishes to remain anonymous. She considers  the dangers inherent in a stereotyped ‘one size fits all’ package of ‘intervention’ to meet the needs of ‘troubled families. They give a sense that difficulties are being addressed when in fact, they may not even be understood. Presenting service users as crude stereotypes gets in the way of ‘good’ working with families which requires engagement and relationship building.

When my son entered Care it sometimes felt as though we have got him on the last transport out of a very dangerous city in a time of war. We, the adults, had been left behind to face a regime focussed on our ‘re-education’ while he had been rescued to a place where we could never go.

One of the most surreal moments I experienced during my re-education (Troubled Families Parenting Programme – 30 hours plus etc.) was sitting facing a panel of police officers while they explained the concept of ‘joint enterprise’. I was surrounded by parents of babies, tots, school refusing adolescents, young men beyond parental control and young women with extremely poor mental health. My peers appeared to be reasonable parents although we all had difficulties – mostly around poor mental health and violence if I had to guess. I’m not sure if telling us about one of the dangers of ‘gang’ membership could ever do anything more than frighten us and we were all frightened enough already.
.
I can only imagine that someone had an idea in their head of what our families needed and had developed a ‘one size fits all’ programme to address these stereotypical needs.

Presumably someone had decided it would be good for us to attend this session on the basis that we were all parents in need of social care who lived in an urban mixed ethnicity area. On our parenting course no one ever talked about the impact of poor mental health, poverty or domestic violence – all problems that were discussed were framed in terms of poor parenting/relationship skills and failure to take our place in and contribute to our communities. These omissions were not explained and no one seemed to consider this a lost opportunity or that courses such as these could even be harmful if they gave all a sense that difficulties were being addressed when, for many, they had not been understood. This is not to denigrate these courses but to use an analogy It was as if before the doctor in a NHS hospital would see us we were prescribed antibiotics and measured for a shroud by a private company with a contract to measure for shrouds and prescribe antibiotics only.

The reality is that families may have any number of difficulties that cause a rift between parent and child and indeed children may enter Care for lots of reasons including death of a parent, abuse, risks that adults in their lives pose, violence or addiction in the home, illness of parent or child and lack of resources to address difficulties. This lack of resources puts parents in poverty at most risk of losing their children although for each child and family there are likely to be a unique set of circumstances that can lead to the same outcome.

Good social work I believe, although I’m not a social worker, involves engaging families with an open mind, responding to all as individuals and engaging with the reality of their needs and circumstances. By contrast popular culture presents service users as crude stereotypes – feckless, drawn to crime, poorly educated, brutal and above all ‘less’. It is if all believe that it is not ‘morally acceptable’ to need services in and off themselves. The Victorians took the same stance. They gave the destitute ‘moral instruction’ via the pulpit. Church attendance was required if anyone needed to access parish relief. Parish councils gave way to local government. Eventually the welfare state was born. Those involved in its birth were incredibly proud of their achievement. Those now dismantling it seem very pleased with themselves too.

When a child enters Care it is almost inevitable they will experience difficulties within Care and beyond as a result of their experiences although with good support, the effect may be minimised and the child may thrive. That is what all hope for and should be working towards. Any way to help carers and others to understand why life might be difficult for a child in/from Care and how to help them has to be positive. There are ethical ways of presenting personal narratives to educate others about the impact of action/inaction, abuse, neglect using first person narratives possibly illustrated in cartoon form. Similarly if an abused child enters Care and in turn loses her own child to the State she too could give a first person narrative of how her abuse affected her and how her own corporate parent could have helped and prepared her for parenthood. If an adoptive parent wishes to give an account of how their previously abused child is struggling coming to terms with what happened to them and how it negatively impacts family life, than that is a first person account that can be taken at face value. These are all powerful, ethical ways to explain the impact of abuse and neglect and life experiences.

Why would we need to paint anyone as a demon before we can care about their child – even though that is the job all take on?

I have heard looked after children speak about foster carers in the most positive terms possible – about love and care given and received well into adulthood and beyond. It is good that all are prepared to understand children who enter Care who may not be able to name their complex emotions particularly if they have been badly neglected, physically or sexually abused.

Unfortunately some information provided to social workers, foster carers and adopters portrays a picture of birth families as universally neglectful and abusive and in the most extreme terms. One company in the business of selling their services promote what is described as ‘virtual reality’ to explain the impact of poor early caregiving on a child including virtual reality from the perspective of a fetus.

This material does not make clear what are beliefs, what is known and what is disputed. This is one of the worst portrayals of families who have need of services that I’ve seen but I’ve seen lots more that come from the same perspective much of it from big players in the market like the NSPCC. These are crude exercises in selling services and raising income and there appear to be no critical examination of their extremist nature and the harm they cause in and of themselves.

So what is the harm in material like this?

Simplistic portrayals of people who have need of children’s services, packaged as ‘virtual reality’ are not in anyone’s interest particularly a child’s. I question if suitable carers and adopters should need to be told birth parents are stereotypically abusive, emotionally detached and poor before they can understand how to love a child and try to reach a child irrespective of how unlovable they may first appear because they are hurting so much.

It is also questionable whether social workers who have considerable power to intervene in families are helped to view each situation on its own merits when exposed to material such as this. Shared parental responsibility when it applies, is hard for all and takes commitment to work through in a child’s best interest. Any carer or social worker is very unlikely to show any commitment to it after being exposed to educational material that presents parents as universally dangerous and neglectful .

The most disturbing aspect of material that reduces people to crude stereotypes is not that it is out there being used by local authorities day in, day out but that few people seem to question why this might be a problem even though if it were produced about any other group, much of it or so I believe, would be a hate crime. Is this an almost inevitable consequence of the ‘privitisation’ of care and adoption where many of the big players are slaves to their balance sheet – No examination of methods, no checks, no balances, no scrutiny, no control and hate packaged as love.

Stereotypes,  are used to avoid genuine engagement with social and economic problems and to justify widening inequality. The construction of neglect in contemporary discourse needs to be seen in the context of increasing public and media discourse fuelled by political ideology that stigmatises and demonises people living in poverty and holds them responsible for their children’s neglect because of their behaviour and poor choices.

Anna Gupta (2017) Poverty and child neglect – the elephant in the room?
Royal Holloway, University of London,