What is a learning disability or difficulty?

This post contains information taken from talk by Beth Tarleton from the University of Bristol at the St John’s Chambers Fair Access seminar on 4th December 2014. 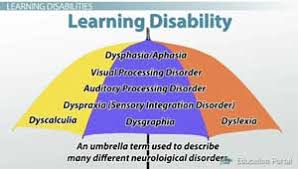 Mencap describe it in this way:

A learning disability is a reduced intellectual ability and difficulty with everyday activities – for example household tasks, socialising or managing money – which affects someone for their whole life.

There is little reliable data about how many parents currently face such challenges; there is an estimate of 53,000 in the UK with a diagnosed learning  disability. Dr Sue McGaw (1997) estimated there are 250,000 parents with learning difficulties known to health and social services agencies in the UK.

What challenges do parents face with LD in care proceedings?

Best Beginnings describe it in this way:

Parents with LD may suffer discrimination from professionals who have little relevant experience and who make assumptions about what parents with LD can or cannot do. This leads to parents with LD often fearing intervention from state agencies. The parents may perceive:

There is no consensus from research that children of parents with learning difficulties will automatically face poor outcomes; some studies find that children born to parents with LD are vulnerable due to poor parenting; other studies report that children can do well in the care of their parents if the parents are given support and help.

132. The last thirty years have seen a radical reappraisal of the way in which people with a learning disability are treated in society. It is now recognised that they need to be supported and enabled to lead their lives as full members of the community, free from discrimination and prejudice. This policy is right, not only for the individual, since it gives due respect to his or her personal autonomy and human rights, but also for society at large, since it is to the benefit of the whole community that all people are included and respected as equal members of society. One consequence of this change in attitudes has been a wider acceptance that people with learning disability may, in many cases, with assistance, be able to bring up children successfully. Another consequence has been the realisation that learning disability often goes undetected, with the result that persons with such disabilities are not afforded the help that they need to meet the challenges that modern life poses, particularly in certain areas of life, notably education, the workplace and the family.

133. To meet the particular difficulties encountered in identifying and helping those with a learning disability in the family, the government published in 2007 “Good Practice Guidance on Working with Parents with a Learning Disability”. In their closing submissions, Miss Ball and Miss Boye contended that such good practice guidance is required because there is little evidence of effective joint working between adult and children’s services and practitioners in each area rarely have a good working knowledge of the policy and legislative framework within which the other is working. They submitted that local authorities frequently do not take account of the fact that, if children are to be enabled to remain in their own families, a specialist approach to a parent with a learning disability is absolutely central to any work that is done, any protection which is offered and any hope of keeping the family together. The 2007 guidance points out, inter alia, that a specialised response is often required when working with families where the parent has a learning disability; that key features of good practice in working with parents with a learning disability include (a) accessible and clear information, (b) clear and co-ordinated referral and assessment procedures, (c) support designed to meet the parent’s needs and strengths, (d) long-term support where necessary, and (e) access to independent advocacy; that people may misunderstand or misinterpret what a professional is telling them so that it is important to check what someone understands, and to avoid blaming them for getting the wrong message; that adult and children’s services and health and social care should jointly agree local protocols for referrals, assessments and care pathways in order to respond appropriately and promptly to the needs of both parents and children; and that, if a referral is made to children’s services and then it becomes apparent that a parent has a learning disability, a referral should also be made to adult learning disability services. The guidance also stresses that close attention should be paid to the parent’s access needs, which may include putting written material into an accessible format, avoiding the use of jargon, taking more time to explain things, and being prepared to tell parents things more than once.”

Another important case is re D (A Child) (No 3) [2016] EWFC1 which looked at how parents could be supported at home to care for their children (although in this case the court concluded that the children should be removed). Suesspiciousminds identified some useful questions put to the court by the parents’ lawyers:

Parents with learning difficulties, child protection and the courts

Professor Tim Booth from the University of Sheffield carried out research in this area which was published in 2004. He noted key features of professional practice and service organisation that undermined parents in their parenting and heighten their vulnerability. Parents with LD are disproportionately represented in care proceedings and have a high risk of having their children removed from their care. He noted the impact of ‘system abuse’ or setting up vulnerable parents to fail by depriving them of adequate support:

Parents with LD and advice about the law

The report concluded that:

The research confirms the findings of previous research that access to legal services for people with learning disabilities remains problematic. The study adds detail and depth to our understanding of the barriers that they face, but also furnishes some of the potential solutions. It highlights the different needs of people with mild learning disabilities and those with more complex disabilities who rely on others to act on their behalf.

The report makes recommendations which centre on:

The influence of ‘powerful others’

There is an excellent and informative article from the British Journal of Learning Disabilities about parents with learning disabilities and their experiences of having their children removed for not being ‘good enough’ parents. Its a useful reminder that there is no universal accepted definition of what exactly makes us ‘good enough’.

Thanks to Matt Harding for bringing this to our attention.

There is a recognised risk of parents with learning disabilities having their children removed. Little research has investigated the impact of this on these parents. This article looks at the perceptions of nine mothers with mild learning disabilities and their experiences having had their children removed. Interview data were analysed using Interpretative Phenomenological Analysis (IPA). Findings reveal the struggles mothers with learning disabilities faced being ‘suitable mother’ – including presumed incompetence and scrutiny of parenting. Participants’ responses to having had their children removed are looked at and support reviewed. Finally issues of power were highlighted throughout Participants’ accounts and the impact of this is discussed. Clinical implications indicate areas for service improvement.

There appears to be an overwhelming influence of ‘powerful others’ upon the lives of mothers with learning disabilities. Before they even have a child, society seems to suggest they should not. When they do have their child, however, they appear to have to be better than ‘good enough parents’ and seem set up to fail by the standards of those monitoring them (Chinn, 1996 cited in Edmonds 2000). When the mothers do ‘fail’, powerful others remove the child. There seems little negotiation in this process. Few mothers appear to have advocates and the child is often then adopted –a decision sometimes not even made through court. To the mothers, the decision appears a foregone conclusion over which they have little control or choice.

What then do the mothers do? How do they cope? They are left feeling helpless and bereft. They could turn to others for help but past experience has taught them that this may not be beneficial. Moreover, for many mothers it might mean turning to those who removed their child in the first place. Should mothers reveal their true feelings it might only serve to prove it was right to remove their children. Worse still, it could support the removal of yet more of her children. The mothers’ voices and feelings therefore seem to remain hidden and they attempt to block out upsetting thoughts and reminders. It appears their only solace is that one day their child might return. Meanwhile any contact will suffice. However, all this once again appears to rest in the hands of powerful others.

73 thoughts on “Parents with Learning Disabilities/Difficulties”